DSWD Secretary Rolando Joselito Bautista, other government agencies, and the Sectoral Representatives Council sign the Implementing Rules and Regulations of the Magna Carta of the Poor on August 31.

To further strengthen the enactment of the milestone legislation, Republic Act (RA) 11291 or the Magna Carta of the Poor, implementing agencies signed the law’s Implementing Rules and Regulations (IRR) on August 31 over a video conference.

The Department of Social Welfare and Development (DSWD), represented by Secretary Rolando Joselito Bautista, was among the signatories of the IRR, along with the other officials and members of the Sectoral Representatives Council (SRC), including Cabinet Secretary Karlo Nograles, Chairperson Alvin Feliciano, Chairperson Allen Capuyan, and Vice Chairperson for the Basic Sector, Ruperto Aleroza.

The IRR signing was led by the National Anti-Poverty Commission headed by Secretary Noel Felongco. NAPC is a supervised agency of the DSWD based on Executive Order No. 67. Undersecretary Jose Antonio Hernandez, being Secretary Bautista’s alternate representative to the NAPC, was also present during the signing.

The signed IRR mandates concerned government agencies to carry out the provisions of the law which was signed by President Rodrigo Roa Duterte on April 12, 2019. The law seeks to ensure that the poor are granted ready access to government services and that the private sector is enjoined to invest in poverty alleviation programs.

Under the IRR, the DSWD is mandated to work together with partner-agencies in delivering various programs and services that will benefit the poor such as livelihood, core shelter, and supplementary feeding, among others. The Department is also tasked to provide food, non-food, and cash assistance to victims of disasters and calamities.

Meanwhile, Secretary Bautista expressed his gratitude to all agencies and members of the SRC, for their time and effort in ensuring that the undertaking would come into realization, amid the pandemic.

The DSWD vows to further enhance its current programs and services and continue to develop other interventions and social protection packages to better serve the Filipino poor, in accordance with the IRR.  ### 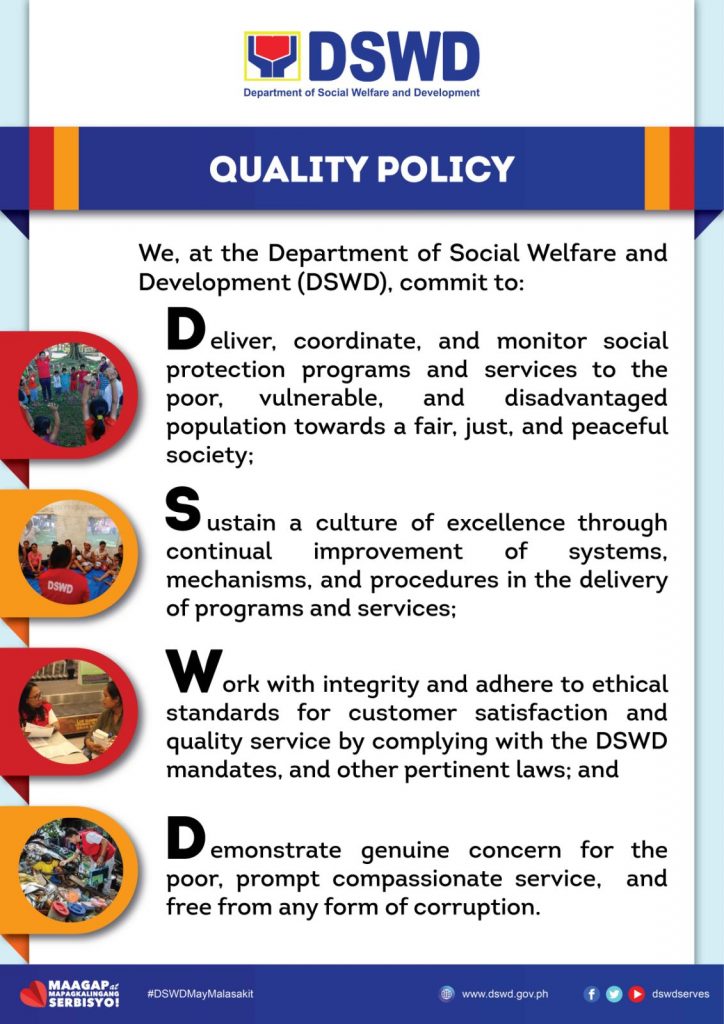